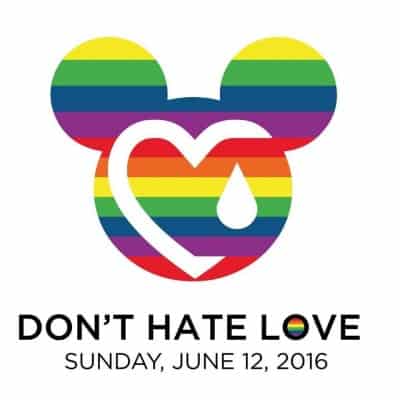 “When do we next go to a Pride?” Asked my daughter Stevie last night, just before bedtime.
I told her that we would be going to Newcastle for Northern Pride on the 16th July.
“I’m scared Mama” she replied.

I have been performing at Prides since 1983, here in the UK, all over Europe, South Africa and all over the USA, including Florida. I have seen many changes over the years, but sadly there is still intolerance and hatred, as so brutally acted out last night in Orlando.

My prayers go to those murdered, injured and who’s lives have been changed forever at “Pulse”. I pray for their loved ones, family & friends, and for the emergency services at the scene and who are continuing their work to save lives and care for the injured.

The perpetrators father has said religion had nothing to do with the attack. The father of this individual said his son saw two men kissing in downtown Miami some months ago and became very angry. He said: “We are apologising for the whole incident. We are in shock, like the whole country.”

I hope his family are shown compassion not targeted in revenge.

This was the act of an individual consumed by hatred of other human beings, who has been enable in his actions because of “the right to bear arms” in a country where it is still possible to be denied equality by those elected to protect and defend.

Let’s not turn this horrible, vile attack on our brothers and sisters into further acts of hatred and violence.
Let us raise the rainbow flag even higher.

When my child says she is scared, I tell her that there are more good people than bad, and that we must always remember this.

I tell her not to be scared in a world where there is much to be feared.

I hope that LOVE will always conquer hate.