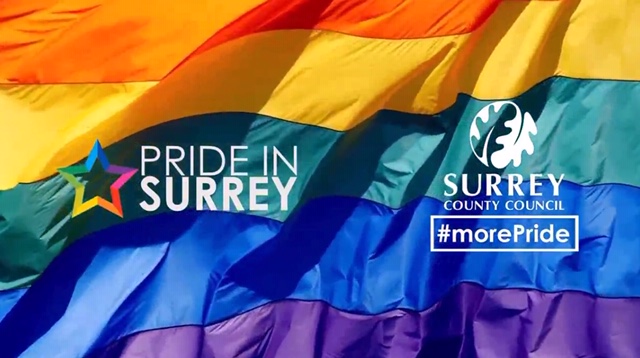 /NOT Alone Pride In Surrey – “A Night With Hazell Dean”

For those of you who joined the live /NOT Alone video chat which Hazell and Stephen of Pride In Surrey, there were quite a few questions that they didn’t get to.

So here are the answers to the questions submitted, but not answered during the conversation.

We hope you enjoyed it as much as Hazell and Stephen clearly did.

Q – Was there pressure, real or self imposed, as a gay artist in the 80’s? What was the general consensus of artists, entertainers, and musicians of coming out?

HD – The 80s was a very difficult time and prejudice was high due to the emergence of the “gay disease” which was starting to make headlines around the world. AIDS was a death sentence, and the press were constantly fueling the prejudice by saying it was caused and spread only by the gay community. On top to that the tabloids (and some activists) made it their mission to “out” celebrities. This was a vicious and nasty practice.
I myself was “doorstepped” by a tabloid reporter who threatened me. I firmly believe it is the right of the individual, whoever they are, to choose when and how they come out, and they should not feel pressurised by the media, by activists or  their peers.

It is a personal journey.

Q – What sort of impact did the AIDS epidemic have on you in the 80’s?

HD – In the very early days it was very noticeable that some clubs were getting quieter. Fear was rife, and the clubs did have a brief period where clubbing slowed. That said, it picked up again,and the gay club scene of the 1980 was loud and hedonistic. As the disease took hold, I would see big strong, beautiful men become affected. It was heartbreaking. I started to lose friends, acquaintances and of course fans.

I performed as many fundraising events during that time, here in the UK and in America. I even sang carols in an AIDS unit one Christmas, along with Lee John (Imagination)

On a personal level, I attended a support group in New York with a friend – It was a very humbling and emotional experience.
I also visited St Stephen’s Centre, Chelsea and Westminster Hospital (St Stephens AIDS Clinic) with a friend who was receiving treatment there on several occasions.

We still have a red AIDS ribbon on our family Christmas tree every year, in memory of my dear friend who did not survive (I have a rainbow and trans flags on my tree too)

Thank God it is no longer a death sentence, and people I care about are living long, happy lives despite being HIV positive.

Q – You didn’t release a full studio album between 1988 to 1996, then again not until 2013 when you started turning out records consistently. What were you doing in the down time, why such a long break, and will you continue releasing new music?

HD – “Always” came out in 1988, and I was working so hard, my show schedule was hectic, here in the UK, Europe and especially in America, where I toured extensively.
My last SAW single was “Better Off Without You” In 1991 after which I left (with no bad feeling) It was impossible to get a record deal, as at that time being a former SAW artist carried a stigma,
Record labels did not take me seriously. That said, I continued to write my own material, and worked on projects with Ian Levine, Ray Hedges, Clive Scott, Barry Upton and of course my partner in Crime Pete Ware.

Will I continue releasing new music? There is a project in the pipeline, which would be great fun, so who knows what 2021 will bring………..

Q – What do Pride festivals mean to you and your family?

HD – Pride has evolved over the years, and now having a teenage daughter, it is wonderful to share with her. She has no prejudice, She has been attending Prides pretty much from birth.
We are part of a big rainbow family, and I am proud to have played my part in its evolution.

Q – Hazell, you’re known as the Queen of HiNRG worldwide, why is dance music revered by so many people?

HD – I think its is simply because dance music brings joy. Pop music isn’t rocket science – It makes you sing, it makes you dance, its good for your soul.

Q – What is her hidden talent?

HD – People still dont take me seriously as a producer, but I am, and have co produced all of the material released on Energise Records with Pete Ware, and DEAN & WARE.
I play guitar, keyboards, and I’m not too bad on drums !!!

Q – What is her guilty pleasure?

HD – I am known for sneaking off and watching dark, sinister TV drama’s on my own. My family know not to disturb me.

Q – A place shes always wanted to visit or a place she visited and loved and why?

HD – I have done so much traveling over the years and have some wonderful memories, particular of touring in America.
I was surprised at how much I loved Japan! These days, I’m more than happy to spend my Summer holidays in Cornwall of Devon.

Q – We know she loves her garden, does she have a favourite garden or place in nature to visit?

HD – I am very lucky to have Hampton Court Palace on my doorstep, so have spent many happy hours in the grounds and beautiful gardens of Henry VIII’s spectacular palace on the Thames. 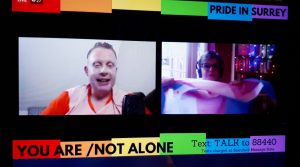