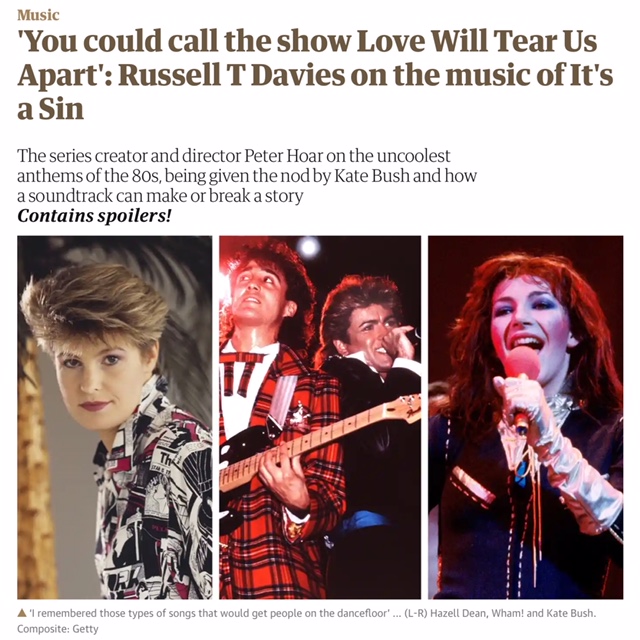 “I wanted those women in there – the Kelly Maries and the Hazell Deans – because when the Aids crisis came along, they kept coming to the gay clubs. They would turn up and perform at 2am and that was their life for decades. They never abandoned their gay fanbase, they never turned away. They hugged people when you were being told not to. Those women are soldiers.” – Russell T Davies