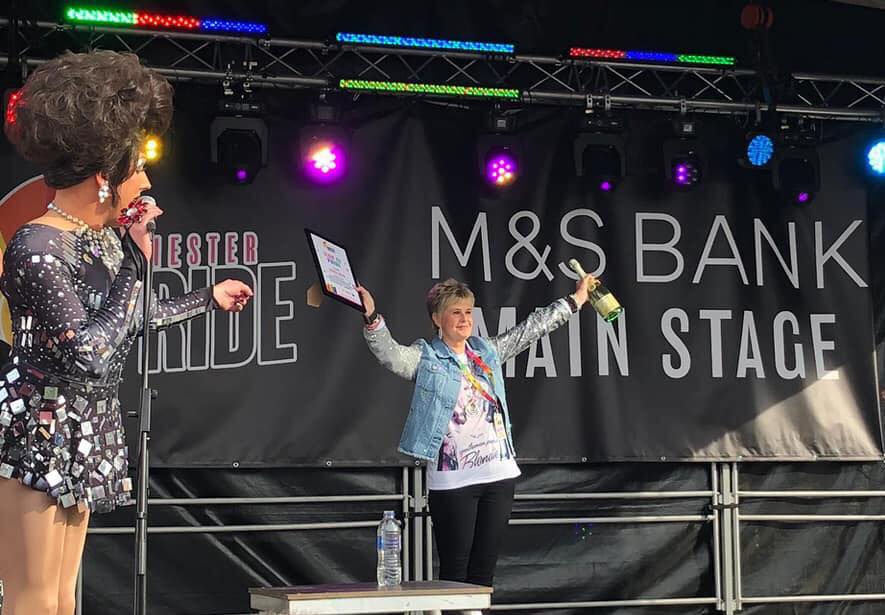 Chester Pride surprised me on Sunday 22nd Sept, when I became the first recipient of their first “ICON OF PRIDE” award.

You have no idea what this means to me, and I was very emotional after being presented with it.

I have been performing at Pride events since 1983 – before “Searchin’” became a hit.
We estimate that I have appeared at nearly 150 Pride events all over the world in the last 36 years.

I have appeared in New York, Amsterdam, Stockholm, various locations in Germany & Europe in South Africa and at EuroPride in Paris, and of course across the UK.
My first Pride being London, Jubilee Gardens all those years ago.

“Headliners” come and go, and many of us who have been playing our part for so many years and are overlooked, which is why this award means so much to me.

I am very grateful to Chester Pride for acknowledging my part in LGBT+ history – Thank You!

I am told so often that my music was the soundtrack for their lives, and has a special place in their coming out stories.

Let me tell you, every time someone shares their story with me, I am humbled and I am proud. 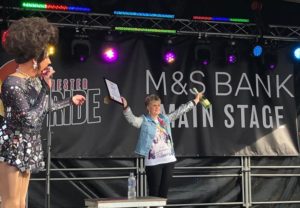