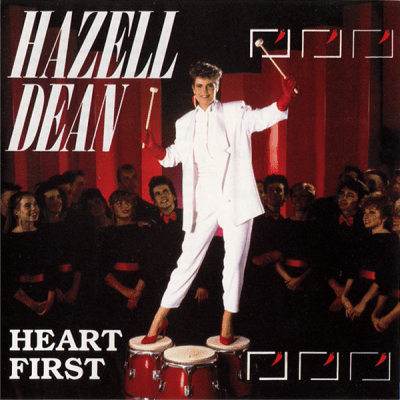 Here in the Cherry Pop HQ we are very excited to bring you the news of the long awaited reissue of this very sought after debut album by the undisputed Queen of Hi-NRG, Hazell Dean. Originally released in 1984, the album contains four hit singles, including Searchin’ (I Gotta Find AMan) #6 and Whatever I Do (Wherever I Go) #4.
Seven bonus tracks are included on this CD featuring the 12″ versions of the four singles from the album, plus her ultra rare single from Stay In My Life which was written for the Eurovision Song Contest and two b/sides Young Boy In The City and Take Me Home.

A comprehensive booklet featuring sleeve notes written by Hazell Dean, a biography of her career and a full UK discography featuring many of her sleeves from over the years and rare promotional images.